BAPTISMS are celebrated on the second and fourth Sunday of each month at 12:15 PM. Parents are required to attend the pre-Baptism class called Pre-Jordan sometime before the child is born. The godparents’ letters of eligibility should be brought to this class. After attending the class and presenting the eligibility letters a date can be set for the Baptism by calling the rectory.

WEDDING arrangements must be made in person at the rectory at least six months in advance. All couples must attend the Archdiocesan sponsored Pre-Cana Program. 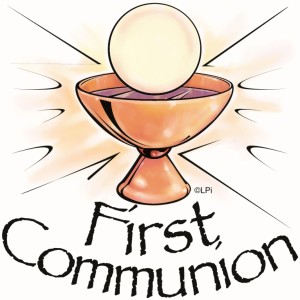 HOLY COMMUNION ~ So rich is the mystery of the Eucharist that we have a number of terms to illumine its saving grace: the Breaking of the Bread; the Lord’s Supper; the Eucharistic Assembly; the Memorial of Christ’s Passion, Death, and Resurrection; the Holy Sacrifice of the Mass, the Holy and Divine Liturgy; the Eucharistic Liturgy; Holy Communion; and Holy Mass (cf. CCC, nos. 1328-1332).
The use of bread and wine in worship is already found in the early history of God’s people. In the Old Testament, bread and wine are seen as gifts from God, to whom praise and thanks are given in return for these blessings and for other manifestations of his care and grace. The story of the priest Melchizedek’s offering a sacrifice of bread and wine for Abraham’s victory is an example of this (cf. Gn 14:18). The harvest of new lambs was also a time for the sacrifice of a lamb to show gratitude to God for the new flock and its contribution to the well-being of the family and tribe.

These ancient rituals were given historical meaning at the Exodus of God’s people. They were united into the Passover Meal as a sign of God’s delivering the Israelites from slavery in Egypt, a pledge of his fidelity to his promises and eventually a sign of the coming of the Messiah and messianic times. Each family shared the lamb that had been sacrificed and the bread over which a blessing had been proclaimed. They also drank from a cup of wine over which a similar blessing had been proclaimed.

When Jesus instituted the Eucharist he gave a final meaning to the blessing of the bread and the wine and the sacrifice of the lamb. The Gospels narrate events that anticipated the Eucharist. The miracle of the loaves and fish, reported in all four Gospels, prefigured the unique abundance of the Eucharist. The miracle of changing water into wine at the wedding feast in Cana manifested the divine glory of Jesus and the heavenly wedding feast in which we share at every Eucharist.

In his dialogue with the people at Capernaum, Christ used his miracle of multiplying the loaves of bread as the occasion to describe himself as the Bread of Life: “I am the living bread that came down from heaven. . . Unless you eat the flesh of the Son of Man and drink his blood, you do not have life within you” (Jn 6:51, 53).

PENANCE ~ The Sacrament of Penance is an experience of the gift of God’s boundless mercy. Not only does it free us from our sins but it also challenges us to have the same kind of compassion and forgiveness for those who sin against us. We are liberated to be forgivers. We obtain new insight into the words of the Prayer of St. Francis: “It is in pardoning that we are pardoned.”

Jesus entrusted the ministry of reconciliation to the Church. The Sacrament of Penance is God’s gift to us so that any sin committed after Baptism can be forgiven. In confession, we have the opportunity to repent and recover the grace of friendship with God. It is a holy moment in which we place ourselves in his presence and honestly acknowledge our sins, especially mortal sins. With absolution, we are reconciled to God and the Church. The Sacrament helps us stay close to the truth that we cannot live without God. “In him, we live and move and have our being” (Acts 17:28). While all the Sacraments bring us an experience of the mercy that comes from Christ’s dying and rising, it is the Sacrament of Reconciliation that is the unique Sacrament of mercy. 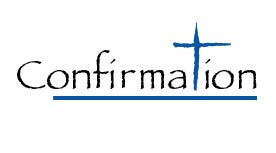 CONFIRMATION ~ The prophets of the Old Testament foretold that God’s Spirit would rest upon the Messiah to sustain his mission. Their prophecy was fulfilled when Jesus the Messiah was conceived by the Spirit and born of the Virgin Mary. The Holy Spirit descended on Jesus on the occasion of his baptism by John.

Jesus’ entire mission occurred in communion with the Spirit. Before he died, Jesus promised that the Spirit would be given to the Apostles and to the entire Church. After his death, he was raised by the Father in the power of the Spirit.

Those who believed in the Apostles’ preaching were baptized and received the Holy Spirit through the laying on of hands. The Apostles baptized believers in water and the Spirit. Then they imparted the special gift of the Spirit through the laying on of hands. “The imposition of hands is rightly recognized by the Catholic tradition as the origin of the sacrament of Confirmation, which in a certain way perpetuates the grace of Pentecost in the Church” (CCC, no. 1288, citing Pope Paul VI, Divinae Consortium Naturae, no. 659).

By the second century, Confirmation was also conferred by anointing with holy oil, which came to be called sacred Chrism. “This anointing highlights the name ‘Christian,’ which means ‘anointed’ and derives from that of Christ himself whom God ‘anointed with the Holy Spirit'” (CCC, no. 1289, citing Acts 10:38).

The Bishops of the United States are calling for a three-year grassroots revival of devotion and belief in the Real Presence of Jesus in the Eucharist. They believe that God wants to see a movement of Catholics across the United States, healed, converted, formed, and unified by an encounter with Jesus in the Eucharist—and sent out in mission “for the life of the world.”

These three years will culminate in the first National Eucharistic Congress in the United States in almost fifty years. Almost a hundred thousand Catholics will join together in Indianapolis for a once-in-a-lifetime pilgrimage toward the “source and summit” of our Catholic faith.